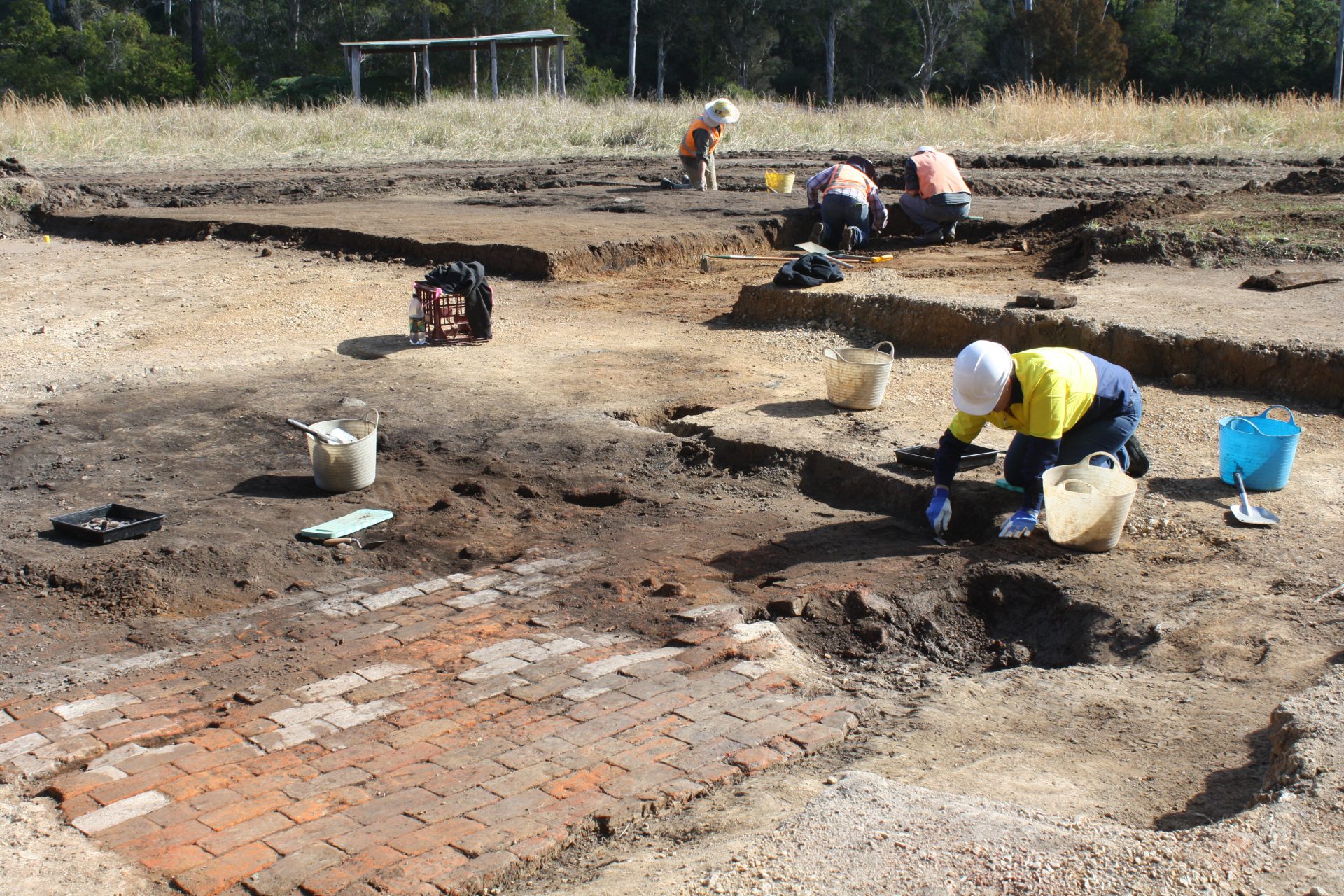 As part of Niche Environment and Heritage’s role as lead environmental consultant for RMS on the Pacific Highway upgrade, we completed an archaeological investigation of a c1840s hut site at Kundabung, NSW.

The archaeological site, originally thought to be a former coach station, was identified to RMS by a local resident prior to the commencement of construction of the Kundabung to Kempsey section of the upgrades.

Niche’s archaeology team conducted a test excavation at the site and archaeological relics were identified – these included the remains of a timber slab hut with brick floor, a 15m long open drain, three possible rubbish pits and evidence of at least two former fence lines – triggering the need to conduct further salvage and monitoring.

“The purpose of the investigations was to recover as much information as possible about former occupation and use of the timber slab hut,” explains Fiona Leslie, Principal heritage consultant and Excavation Director.

Our investigations determined that the hut was built between 1835 and 1843 by Convicts assigned to William McGarvie, a local Scotsman who moved to Australia in 1828. In addition to the main hut, a possible associated farm building and a former stockyard were also identified.

The results of the investigations confirmed that archaeological remains at the site were significant at a local level for their historical heritage value, research value and rarity.

The artefacts and full heritage report – which provide an interesting insight into the use of the hut and the lives of its former occupants – can be viewed at Macleay Valley Historical Society in Kempsey.

To find out more about how our team can support your transport infrastructure project, contact us.