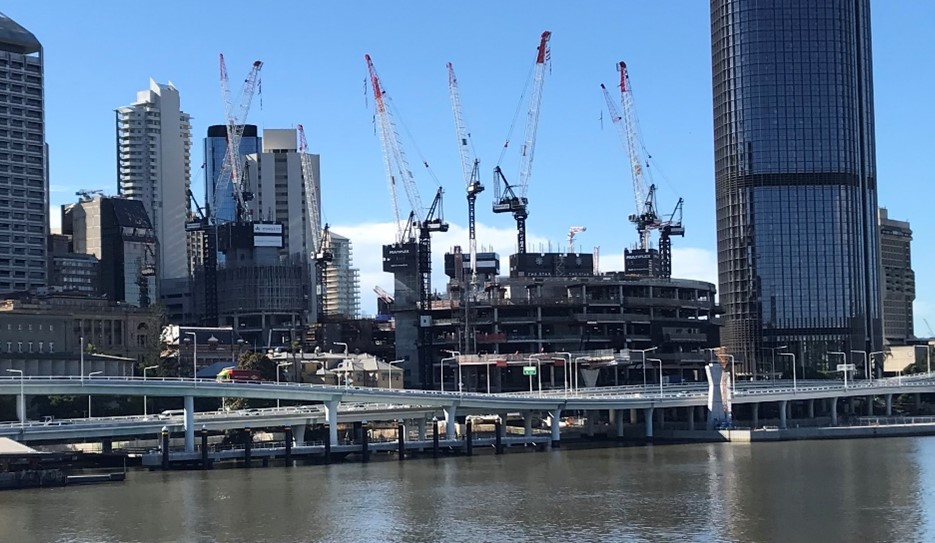 Queen’s Wharf Brisbane is an integrated resort development currently being constructed in the former Government precinct of Brisbane’s CBD. The $3.6 billion development is being delivered by Destination Brisbane Consortium (DBC).

The project includes the conservation and adaptation of nine significant buildings and two significant public parks, which illustrate several generations of fine buildings in this former Government precinct. It is the largest and most complex heritage project currently being undertaken in Queensland.

The former Government Printing Office, Harris Terrace and the former DPI Building, all entered in the Queensland Heritage Register, are part of the first stage of conservation and adaptation works to be undertaken as part of the project.

“This incredibly significant precinct represents the birthplace of modern Brisbane, so being part of its revitalisation is both challenging and hugely rewarding.”

Our role in the project

This role includes providing heritage design advice to the client, architects and builders, undertaking regular site inspections during the construction works, and contributing to and certifying heritage reports such as heritage impact statements.

The interface between old and new

The heritage places are adjacent to the new buildings of the development which are currently under construction. Providing advice on the interface between old and new has been an important part of the role.

The heritage buildings are being adapted for new uses after being under-utilised for many years. This adaptation includes complying with current requirements for structural adequacy, fire safety, universal access and building services. These changes will facilitate the ongoing and mostly public use of these buildings and will consequently ensure their ongoing care and maintenance.

The Queensland Government’s Priority Development Area approval process has required a series of staged approvals which have included detailed discussions on conservation and adaptation methodologies.

The advantages we delivered to this project: