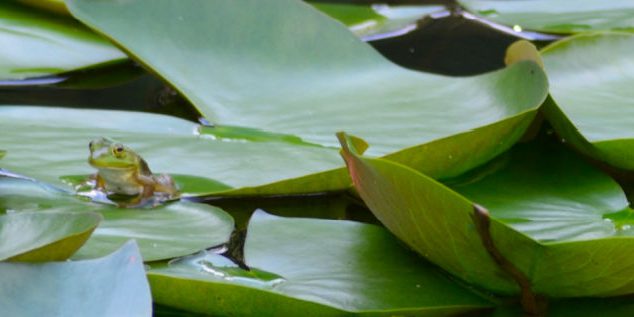 Matthew Richardson, Niche director and botanist, provides an update on the review…

The Commonwealth Minister for the Environment appointed Professor Graeme Samuel AC to conduct the Independent Review of the Environment Protection and Biodiversity Conservation Act 1999 (EPBC Act) in October 2019.

In June this year Professor Samuel delivered the interim report and its opening paragraph has set the scene for a raft of recommendations for significant change to our national environmental approach.  It states:

The evidence received by the Review is compelling. Australia’s natural environment and iconic places are in an overall state of decline and are under increasing threat. The pressures on the environment are significant—including land-use change, habitat loss and degradation, and feral animal and invasive plant species. The impact of climate change on the environment is building, and will exacerbate pressures, contributing to further decline. Given its current state, the environment is not sufficiently resilient to withstand these threats. The current environmental trajectory is unsustainable.

Key failings with the EPBC Act

The interim report identifies[1] the following key issues with the EPBC Act:

Among other things, the Interim Report recommends a range of changes to the operation of the Act including:

In relation to the third point above, the report recommends that existing market based activities be considered as vehicles that may be used to enhance environmental restoration.  The carbon market is identified as a specific market that should be considered.

In Australia at the moment there is a significant impediment for this opportunity to be exploited.  It is not possible for the same parcel of land to be used for both Carbon Offsets and Biodiversity Offsets.

Perversely this leads to outcomes that may maximise the sequestration of carbon to the detriment of biodiverse environments.  Many carbon offsets are simply green deserts.

Permitting duel offset purposes on a single land parcel would remove the current pressure for these critical initiatives to compete for the land on which they must be established.  It appears that Professor Samuel agrees and the Commonwealth Minister has committed to establishing and environmental markets expert advisory group.  Watch this space.

Public submissions on the Review closed on Monday 17 August 2020.  The Final Report is due to be delivered to the Commonwealth Minister for the Environment by the end of October 2020.

A recently as last week the Commonwealth Government passed the Streamlining Environmental Approvals Bill so changes are afoot.

[1] Either directly or indirectly through themes in public submissions

Our team of environmental and heritage experts are already assisting our clients in understanding the potential implications of the review for their business.

Find out more about our services