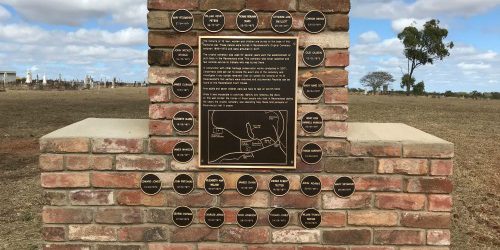 Early settlers to be recognised at Ravenswood

Niche Environment and Heritage was engaged by Carpentaria Gold to undertake the scientific excavation of historical gravesites at the original cemetery site at Ravenswood, in north Queensland, after the location of the cemetery was established during heritage assessments for the proposed Ravenswood Gold Mine Expansion Project.

The cemetery is believed to have been in use between 1869 and 1872. Over a period of one week, the remains of nine adults and seven children were carefully excavated using archaeological techniques. Each gravesite was documented in detail, the remains carefully removed, and then analysed by experienced forensic specialists. This included DNA sampling to aid in future research and attempts to identify individuals not possible through historical research. These samples will be stored at Griffith University and be accessible for any potential relatives wishing to undergo testing.

The remains of all the individuals will now be reinterred at the gazetted Ravenswood Cemetery. A memorial wall has been constructed to honour the lives of these pioneering early settlers, with a ceremony to be conducted by Charters Towers Regional Council Mayor Liz Schmidt at the Ravenswood Cemetery on Wednesday 4 July.

Read more about Niche’s role in the project in our case study and to discuss how we can support your project, contact us.

Covid 19: Supporting each other through the pandemic and beyond
April 28, 2021